“Keeping the Narrative Alive: Reading and Writing the Arab Spring” 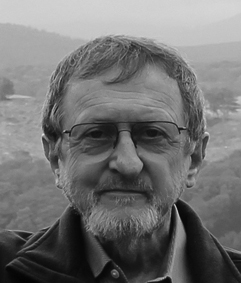 It has been repeatedly said that the Occupy movement has ‘changed the conversation’ but the Arab Spring has done this and more by developing new and sustainable cultural rhythms through poetry, story, theatre, song, cartoon, hip-hop, blog and tweet, both local and global in their impact. This cultural transformation was the culmination of years of activity and creativity by those dissenting voices speaking for liberty, brought together in a moment of convergence and producing anthems of defiance to accompany the new organizational forms and styles of dissent and protest, endlessly inventive modes of resistance. Protest songs, chants and graffiti are not new but what was significant about the poetry, music, dance and graphic imagery of the Arab Spring was the fact that, although they may have been created and performed for a particular occasion and in a specific location, the new resource of social media meant that they were almost instantly shared and gained transnational currency. Connectivity took on an unparalleled dimension and people with distinctively different backgrounds and experiences were able to share common writings, songs, slogans and platforms.

None of this happened overnight, of course, as there were already existing precedents – the Kefaya movement and the April 6th Facebook group in Egypt, for example – but not on this scale and rarely transnational. The use of social media was not new, therefore, and nor could it be said to have had a causal role in the Arab Spring but what it did was to provide a set of enabling resources for networking and imaging worldwide.

The lecture will consider this new cultural repertoire developed by the Arab Spring alongside references to well-established writers such as Alaa Al Aswany, Mansoura Ez Eldin, Khaled Khalifa, Hisham Matar, Kamel Riahi, Ahdaf Soueif, and Samar Yazbek, some of whose writings have been banned by their respective regimes, and who have often been forced to operate in a cultural terrain of censorship, prohibition, exile and imprisonment. If the political outcomes of the Arab Spring are still very uncertain then the cultural impact seems irreversible for, as playwright Yussef El Guindi says, ‘The main area for jihad today is culture, not combat.’ Even if this is over-optimistic, there can be no doubting that there is an ongoing and unstoppable cultural revolution in the Arab world.

Poetry, Auden said, makes nothing happen but if culture were not important, then the Syrian cartoonist Ali Ferhat would not have had his arms broken and hands crushed by the regime in Syria, nor would the singer Ibrahim Quashoush Quashoush have been murdered and his vocal cords cut for penning a seditious song adopted as an anthem by anti-regime protesters in Syria, or would the dozen or more children have been arrested for writing anti-government graffiti on walls in Daraa. Such violence towards cultural practitioners and manifestations has been, and is still, repeated across the region because of the fear all oppressive regimes have of writings for liberty in whatever form.